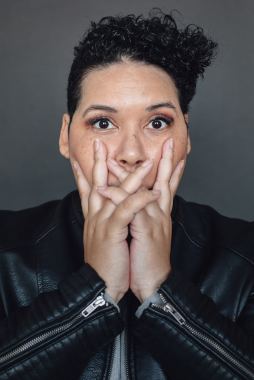 C. L. Polk (they/them) is the author of the World Fantasy Award winning novel Witchmark, the first novel of the Kingston Cycle. Their newest novel, The Midnight Bargain, is a finalist in the CBC Canada Reads Competition.

After leaving high school early, they have worked as a film extra, sold vegetables on the street, and identified exotic insect species for a vast collection of lepidoptera before settling down to write fantasy novels.

Mx. Polk lives near the Bow River in Calgary, Alberta, in a tiny apartment with too many books and a yarn stash that could last a decade. They ride a green bicycle with a basket on the front.

They drink good coffee because life is too short. They spend too much time on twitter. You can subscribe to their free newsletter on Substack.

Mx. Polk is represented by Caitlin McDonald of the Donald Maass Literary Agency.